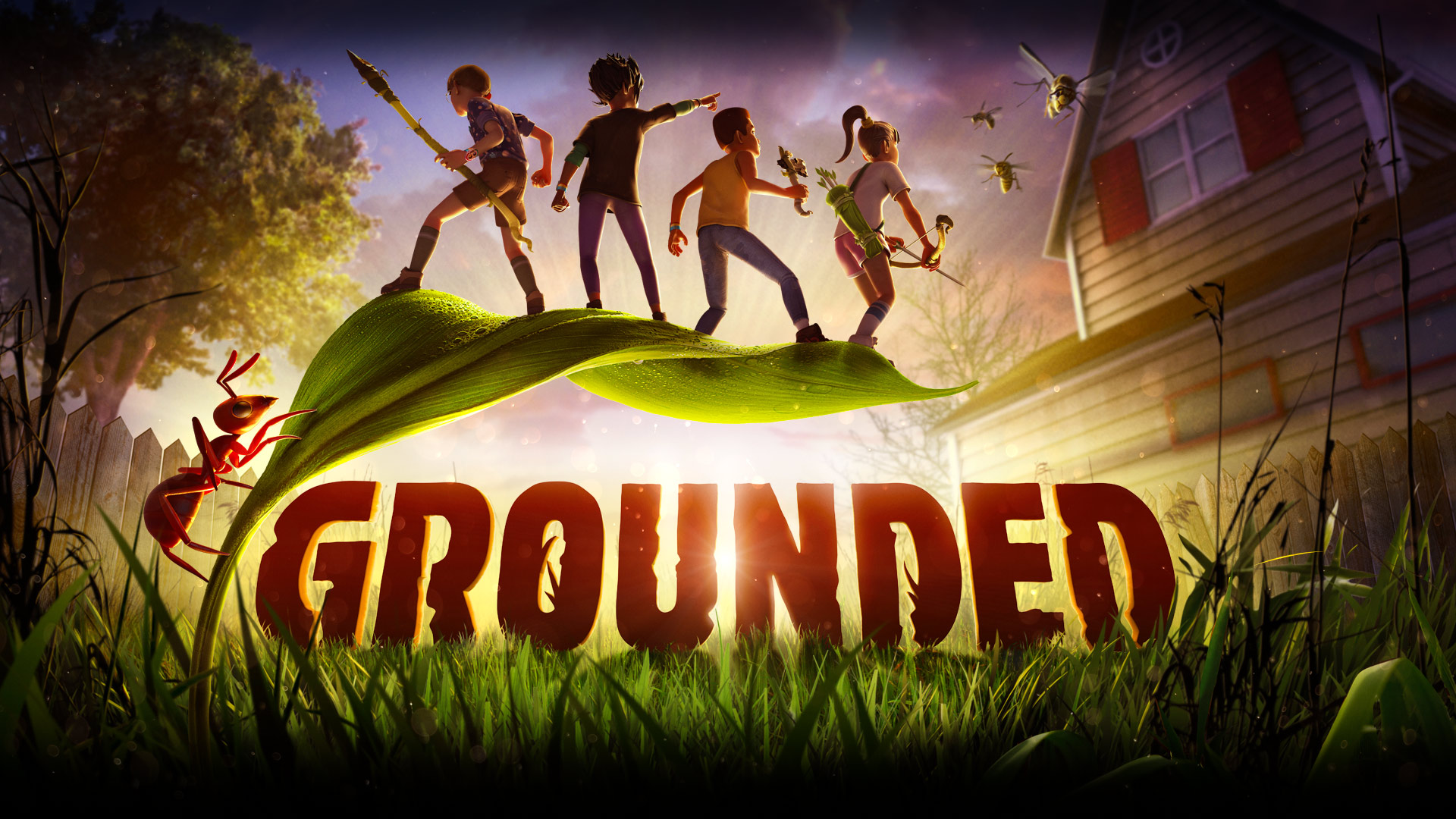 Been a hot minute since I regaled anybody with my grand tales of vidya exploits, but apparently quarantine means there’s more time to play and less time to actually write about playing… Which reminds me, I have to tell you all about how awesome Sea of Thieves and Automobilista 2 are, but first - Grounded!

No, I don’t mean to send you to your rooms as I viciously and drunkenly rail your mothers (all of them, in sequence) on the couch, I’m talking about a fresh new game that’s available for free with the Xbox Game Pass.

Grounded offers a fresh take on the fairly tired sandbox survival genre, taking a giant leap away from the dim, gritty, blood-soaked side and into a fun-looking (and feeling), whimsical, and decidedly less punishing world. A miniaturised world, at that. Some of you might call this “Honey, I shrunk the kids - the game” and you’d be partly right.
I’d also like to point out some minor Minecraft vibes in terms of the good feels I got from the game, but maybe that’s just me. It does feel like fun wrapped in funny, though, especially with the right group of people.

Grounded has you and up to three other (tiny) friends band together and explore the seedy (see what I did there?) underbelly of… a backyard. The graphic style of the game is lighthearted and cartoony, and one of the character models looks like my buddy Mada’s GF when she was a kid, but make no mistake - shit can still get pretty intense, pretty fast.

You start out by knowing next to nothing about the environment and the things you can craft out of its resources and have to use your little research lab charges to analyse anything from stones to blades of grass, dandelions, sap, and acorns (to name a few) in order to better equip yourself to deal with your harsh, tiny ass life.
Well, I say harsh, just don’t piss off the warrior ants and stay well the fuck away from spiders and you should be good in the early goings of the game. Even then, when you die (if you’re not just given a quick pickup by a friend) you just respawn within a fairly short walk (the map is not that big currently) and you can get all your stuff back from your fallen backpack.
Provided the fucking ants didn’t steal half of it...

Also, get yourself someone who’s as passionate about base building as my good friend George, so you can go out exploring and not worry about cooking dinner or putting a roof over your heads! Find that one person who can be the group’s mom & dad and go enjoy your carefree childhood playing tiny explorer in the yard is what I’m saying.

There’s not a lot to talk about when it comes to the current plot as the game is still very much early access and it’s being developed and added to constantly, but there’s still enough to do story-wise (and basic quests to collect from one certain point onward) to keep you engaged while the devs are pushing new stuff out.

The environment is beautifully crafted and populated with various species of bugs, littered with different types of terrain, vegetation, and… junk. Because who doesn’t just throw random cans of juice in their backyard and leaves them there for eternity?

There’s water and food to be mindful of, and combat is simple enough but gets increasingly difficult as you attract the ire of more and more ants, for instance. My buddies and I took refuge on the tiny research lab’s roof (because apparently ants can’t climb on top of a centimetres-high, honeycomb-like structure, it’s obviously against their… code) and watched as a litany of chittering assholes swarmed us and then eventually got bored and left us alone. As ants do.

I dunno, I’m not an antologist.

I’ll be expanding upon this initial, messy train of thoughts as I get more playtime in, but for now know that Grounded (let alone the litany of other free, sometimes AAA games you get access to for $4.99/mo) is well worth that Xbox Game Pass.
And no, I most certainly am not getting paid to do this. Sadly.

Thanks for reading, and have as nice a day as you deserve!